A Birthing Story (Part 1): I Fainted.

That's how much I weighed when I found out I was pregnant with my first child.

I was referred to a specialist because my OB/GYN was afraid my child wouldn't develop properly because I was so underweight. I "had the body of an adolescent." The specialist assumed I was anorexic. I wasn't.

(I've always been skinny. I was 88 lbs at my high school graduation. People always assumed there was something wrong, but I'm just naturally thin. It runs in the family.)

I promise, I eat.

I have stretch marks on my belly button, inner thighs on the outside of my vag, and hips to prove it. Battle wounds! Tiger stripes. I am woman, hear me ROAAAAAR!

My boobs hurt. I hated the smell of spaghetti. The heartburn was unbelievable. I didn't have one particular craving. Each morning brought on a new challenge to satiate my ravenous desires of the day. I ate a TON of cereal. And pizza! Mmmmmm :-P

I'm addicted to soda. That was the hardest thing to deal with during pregnancy. So, I avoided caffeine and just drank Sprite and Ginger Ale.

My mother was a Godsend. She was there every step of the way. Literally. Well, once she found out I was pregnant, that is.

I was only 19. Unmarried and a college drop out. And she wasn't a fan of my boyfriend at the time.

My best friend, who I was staying with at the time, knew I was pregnant before I did. I was in denial.

I finally went to the doctor. She gave me a test. Positive.

Of course, I was keeping it. Abortion was NEVER an option. Never even crossed my mind. I'm pro-choice. And I CHOOSE to keep every child I create. My body, my business. You're body, you're busy. It's that simple to me. PLUS, I was raised Jehovah's Witness. And while I don't identify as one today, I still agree with some of the beliefs. This was one.

My boyfriend was stoked. I immediately began dreading the conversation I would ultimately have with my mother.

A few days passed. I finally mustered up the nerve to call my mom. Yes, CALL!

It was about 11 p.m. on a Sunday. I kept dragging out the conversation. I think she knew, but wanted me to say it.

"I'm going to bed. I have to work in the morning. What do you have to tell me?"

"Stop acting like a baby if you're going to have one. I'll pick you up tomorrow. You're not going to be feeding my grandchild just anything. I'm going to take good care of you."

The next morning she picked me up, and kept her word. She took GREAT care of me.

Of course, she wasn't happy about the pregnancy, but there's no sense in crying over spilled milk, right?

The pregnancy was pretty uneventful. I was gaining weight and no longer needed to see a specialist.

I hate the taste of water and struggled to stay hydrated. I was always hungry and, therefore, pretty cranky most of the time. Of course, that's what my mom tells me. I thought I was delightful and pleasant throughout the pregnancy.

My mom begged me to deliver naturally.

"No way! There are meds. Why would anyone WANT to feel the pain?"

She had c-sections with my two older brothers. They put her completely to sleep with the first. Worst experience of her life. I was a VBAC. Best experience. **toots horn** ;-)

My due date drew closer and my doctor explained that he would be on vacation on my due date. **rolls eyes** I could either be induced or risk being delivered by his partner. **sigh**

I'm not one to be forced into a situation. I make my own decisions. And I wanted this baby's birthdate to be decided by him -- IT'S A BOY!-- and God. Plus, inductions are scary! So, I waited.

I knew I was in labor the minute I opened my eyes that morning. The contractions were steady, and I just felt ... different. I took a shower and a poop because I was determined NOT TO POOP during delivery! I didn't even eat.

The nurses at the hospital didn't believe I was in labor because I was so pleasant and didn't seem to be uncomfortable or in pain from contractions. Because I wasn't. But once I arrived, I was four centimeters dilated. So, they prepared a room.

"If you're thinking about getting an epidural, try to do it as soon as possible because it takes an hour for the anesthesiologist to arrive. If you progress quickly and wait too long to request one, it could be too late once he gets here."

I wasn't in pain, but I did't want to risk it. I've seen that show "A Baby Story" on TLC a million times. I've seen women planning on a natural birth change their mind at the last minute and it was too late to turn back. I was not going to be on of them. Bring me the juice!

That's all I was able to eat. That, and ice chips. Who wants ice chips when they're hungry? Ugh.

The number of popsicles I ate.

5 centimeters. The anesthesiologist came in and did his thing. I felt a tingle. And, then, NOTHING. Still not in a ton of pain. I was just afraid it would get worse. Much, much worse and I wouldn't be able to change my mind. Better safe than sorry, right?

My doctor was on vacation. So, in comes his partner. He broke my water and administered PITOCIN. Ya know, to speed things up. Because I was on his time and he didn't want to be there all night. (He didn't say that, but that's basically how it goes down once your admitted. Think about it: do you want to be on your job longer than you have to? Exactly.)

My mom was taking pictures and managing the camcorder. I had a mirror at the end of the bed. I wanted to see everything and remember everything.

Something wasn't right. The baby wasn't moving down because my bladder was in the way. I had gone all afternoon and evening without using the bathroom. I had an epidural and couldn't tell when I needed to go. THEY FORGOT TO PUT IN THE CATHETER!

The amount of urine manually expressed from my bladder as they pushed down on my stomach.

"I feel you're not pushing right," the doctor said.

Well, of course not! You're pumping waaaaay too much medication into my spine. I can barely feel my throat, a$$#ole! Ugh! I hated him. (Can you tell!?)

I tore. They stitched me up.

(The skin there, between my vag and my butthole --the "taint," is still kinda loose. It's weird. Doesn't hurt, but it's one of those things that you'd have a plastic surgeon correct if you were rich. Im not. So it's there. Just chillin'. Not painful, I don't even know it's there most of the time.)

There was a lot of love in the room. Celebrations. Congratulations. Pictures.

I was thinking of my next meal. The kitchen was closed. But there were plenty of snacks! I began to stuff my face, when the nurse asked me to stop because it was time to massage my uterus. What? Why? I thought I was done here!

My friend was standing there next to the bed, and all we could do was laugh.

It was late. Everyone left. I tried to get some rest. Oh, no! Not up in here! No sleep for new moms in Recovery.

In comes the nurse. "Alright, girl. We gotta get you on your feet. Let's try to walk to the bathroom."

"I can't feel my legs." I'm still numb from the epidural.

She sits me up anyway.

I feel lightheaded so she tells me to lie back down. We'll try again later.

My mom is asleep. I feel helpless, but determined to get this done in hopes that she'll leave me alone. I sit up. I'm still pretty dizzy. She assists me across the room.

"Ok. Let's get to the toilet, and I'll get a wheelchair to take you back to the bed."

I hear the nurse coming and I open my eyes.

I'm on the floor.

I look across the room. "Oh, good. Still asleep. She would kill everyone in here if she knew this was happening."

Another nurse helps her bring me to the bed.

"Don't do that again," she says to the other nurse.

The next morning I was moved to Recovery.

I tried to nurse. No luck. He wouldn't latch. There is nothing more frustrating or defeating than not being able to feed your child. I was helpless. Was it me? Was my nipple too small? Does he not know I'm his mom? Uuuuuuugh!

He has to eat! I look over at my mom, desperation in my eyes, "Mom, can you try? Just see if he'll latch on."

Without hesitation, she whips out her breast, holds him in the football position like a pro and brings him to her breast. HE LATCHES!

Turns out, my nipples were flat. The lactation gave me shells to wear. They worked like a charm. But nothing prepared me for the pain that comes along the first two weeks of breastfeeding. You know, when your nipples are "toughening up." Worse than labor!

On top of that, I had hemorrhoids from pushing "incorrectly." **rolls eyes**

So, my breasts were leaking and sore, my butthole was burning, my vagina was sore and bleeding, and I was exhausted from routine nurse visits throughout the night.

(If you've never had hemorrhoids, allow me to explain: swollen vessels that burn and/or itch and when you poop, it's as if your butt is giving birth to a shard of glass that ignites once released and leaves poison ivy behind.)

Once I passed gas, I was able to go home. Right after they circumcised my son. They sent me away with TONS of vaseline and gauze.

Welcome to motherhood! Go home and figure it out. 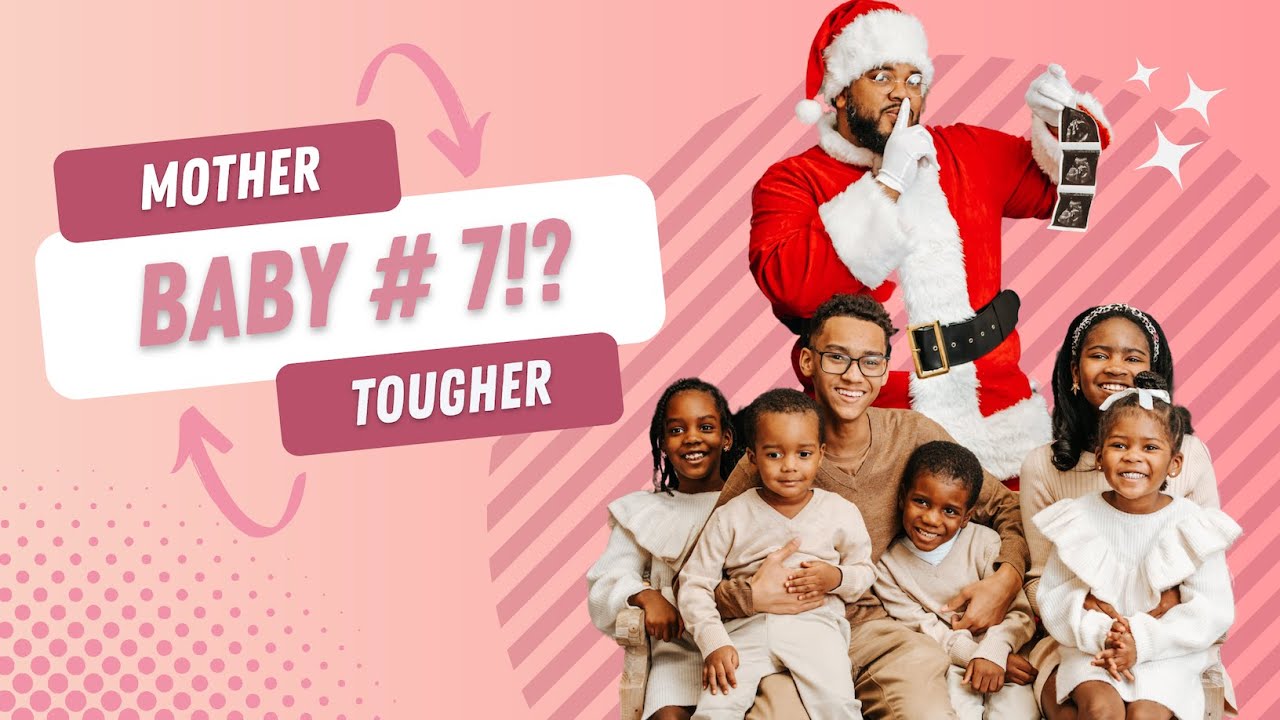 Check out these new frozen treats!